My Wandavision is Cloudy… With a Chance of Continuation – *SPOILERS!* 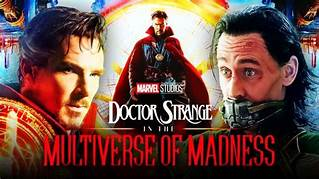 How much does a movie ticket cost these days? You may think you’re spending somewhere between eight and ten dollars for admission, but depending on the film, you may be dropping closer to thirty. Moreover, how long do you think the film is in total? I see your two hours and raise you a whopping eleven hours (give or take). I recently saw “Doctor Strange in the Multiverse of Madness” at the Las Colinas Alamo Drafthouse. My head was spinning when I got out, but not for the reason you might think. I was not wowed by any particularly risky choice the filmmakers made. I wasn’t even particularly thrilled by the effects, performances, or story. What was sold to me as cerebral existentialism came off as a safe-zone schlock-fest. What baffled me was just how much external material I was expected to ingest before propping up that first-order card for a Monster Burger. 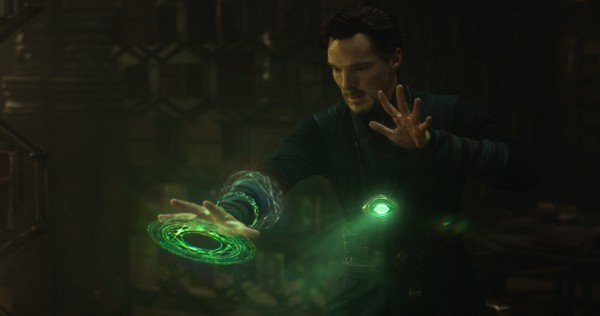 We are in a new timeline, folks. The days of just going to a movie are behind us. Back in my day, cuz I’m one-hundred and thirty, venturing out to see “Return of the King” meant all you needed to watch were two movies that came before it. To fully grasp what’s going on in “Multiverse,” here are the things you’ll need to have seen:

1. “WandaVision” – a nine-episode show streaming on Disney Plus, a subscription service that costs something like ten dollars a month. Each episode is roughly thirty minutes, so you’re looking at somewhere around four and a half hours to finish it all.

2. “What If…?” – another nine-episode show streaming on Disney Plus, so there’s no extra cash required here. As with “WandaVision,” each episode is roughly thirty minutes, so the four-and-a-half-hour mark still stands.

The current extra content mark is around nine hours. You’ve probably spent about twenty dollars or more by now. My math skills are already stretching, y’all.

3. “Spider-Man: No Way Home” – a Marvel film that preceded “Multiverse” which clocks in at nearly two hours and thirty minutes. As I type this, the film is not on Disney Plus. I see a few options here:

A.  Rent the movie on Amazon for just over five dollars.

B. Buy the movie on Amazon for just over twenty.

Assuming you rent it from somewhere, that brings our checkout total to (likely) between twenty-five and thirty dollars. 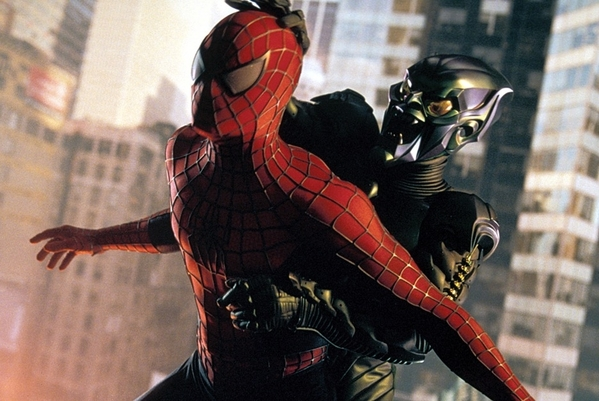 Rest your spidey senses… There’s more. So much more… Notice how I didn’t even include the initial “Doctor Strange” film, “Captain Laser Lady,” the “Loki” show on Disney Plus (which, as I have been told, essentially sets up the multiverse), or the original X-Men trilogy by he-who-must-not-be-named. Adding those wouldn’t even cut it. If you really want to know who the heck that shield-wielding lady on “the Illuminati” is, then there’s a whole two-season arc on a show THAT IS NOT EVEN ON DISNEY PLUS! What’s “the Fantastic Four?” Congratulations, you’ve unlocked THREE mediocre movies that may be streaming, I don’t know, somewhere. I could go on, but what’s the point? This MCU film has come after like twenty-five or so movies at this point, and especially if you missed the “Infinity War” saga, good luck “getting it.” 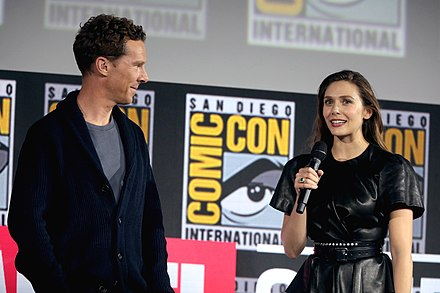 My point, superheroes, heroines, and camp-tastic villains… is that we are cogs in a machine. To paint a more playful metaphor, think about this whole Marvel thing like a theme park. When you go to Disney World, you can just visit the Magic Kingdom if you wish, but then all the delights of Epcot, Animal Kingdom, etc. would pass you by. Even within the individual areas themselves, there are shows, rides, and restaurants you may not be able to visit with the time or money you have. Maybe your wallet was a bit too stretched from your Epcot trip, so you have to cool it in Animal Kingdom? Maybe you have to return to work the next day, so you skip that nighttime fireworks show? But what if enjoying a ride in Epcot depends upon your enjoyment of a ride in the Magic Kingdom? This is where the park breaks down, because, if you didn’t know, movies aren’t exactly like theme parks. 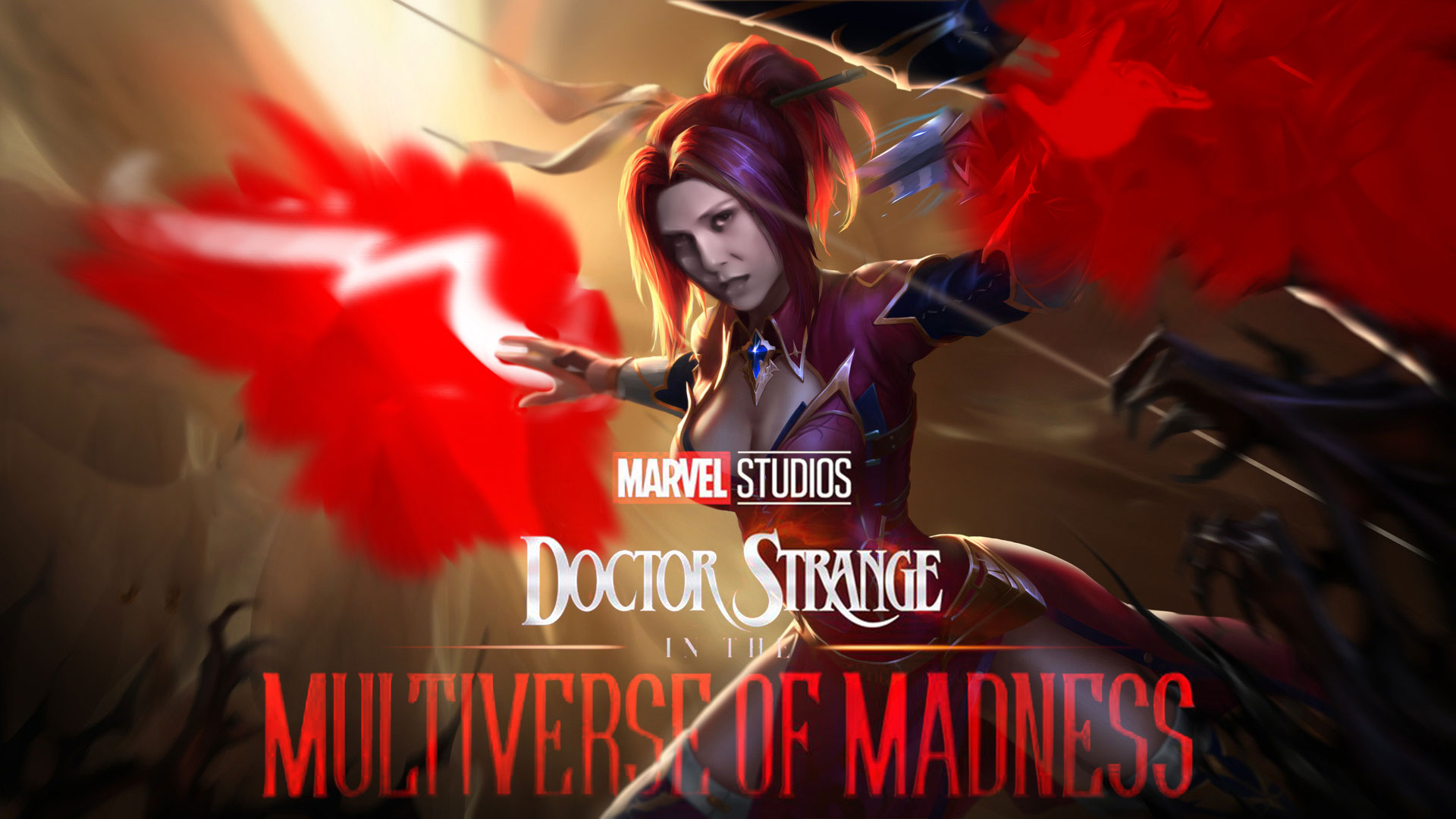 The Marvel movies do not stand on their own with some exceptions. In order to get the full experience, you must devote a significant amount of time and money. As a casual comic book nerd myself, I am happy to put in the effort to some degree. I remember the late 90’s and early 2000’s when all we wanted was for our favorite characters to be important on the silver screen. Now they are, but it’s gotten out of the proverbial Infinity Gauntlet. I went to see “Multiverse” without having seen “Loki,” “Agent Carter,” or “What if…,” and I can say my brain could feel the empty space where those connections should have been. Let me set up an example and explain this process:

The following is an easter egg at the end of the film and is not even a crucial part of understanding the plot, so it may not be the best example. Just go with it if you can. When they brought out Charlize Theron at the end of the film to tease the next movie, I had a dialogue with a friend who’s read more Marvel content than me. It went something like this:

Friend: (Insert lady whose name I forgot) from “The Eternals” universe.

Me: I saw “The Eternals” and I don’t remember her. (I also didn’t like the movie.)

Friend: She wasn’t in the movie.

Me: Then why should I think it’s cool that she’s here because this scene isn’t really amounting to anything. I like the actress a lot, but…

Friend: She is like connected to those characters though. She’s just going to be in the new one.

Me: Why should I care?

Me: Is it? Or is it reminding me to watch “The Eternals” if I missed it? Also, how would I know, BY ANY STRETCH, that this gorgeous, talented woman is connected AT ALL to that story?

Friend: This is how comic books work. Sometimes you have to read five “Venom” issues before reading “Deadpool Number Six” to get the full arc, even though Venom and Deadpool aren’t really that connected as characters. Plus her costume. I don’t know, man.

Me: So now, like comic books themselves, these movies are inaccessible to the casual consumer.

Me: Huh. I guess they’ve done it then.

Me: They’ve over-exerted their importance to the point where we’re treating the continuation of this universe as cinematic gospel, and we’re watching them so we can talk about them at the water cooler, regardless of how bland or uninspired they are as unique works of art.

Friend: I guess… I liked the part where Doctor Strange was a zombie. 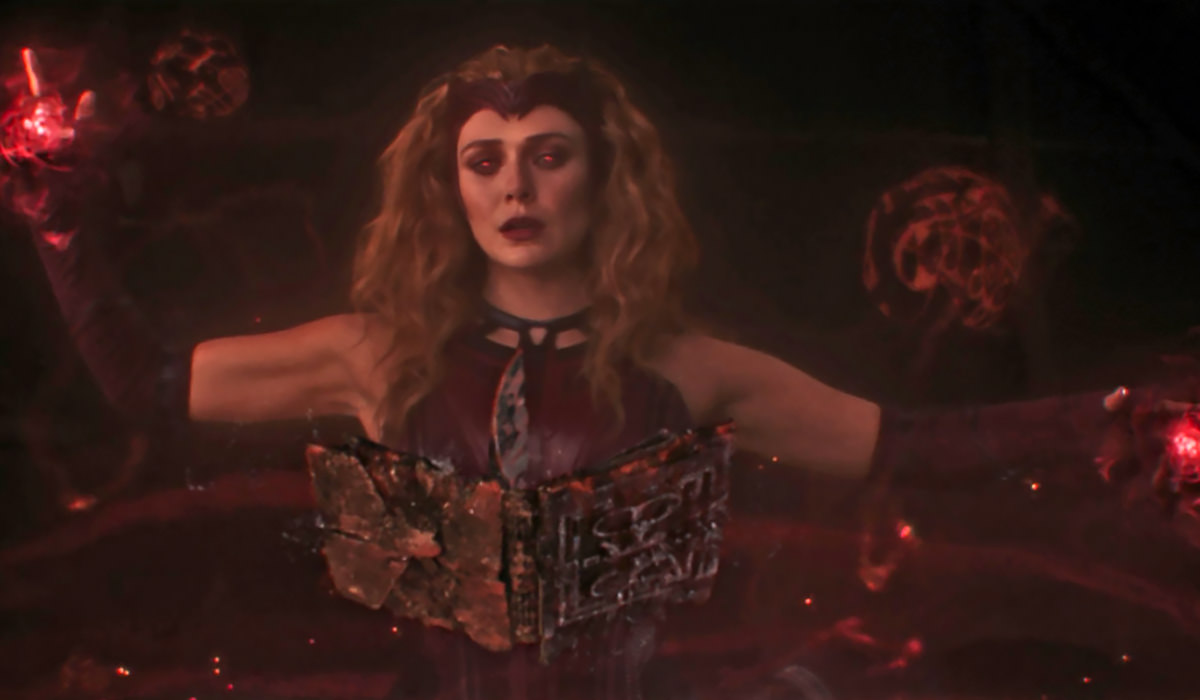 The issue, comic pun unintended, is that a movie or show (or freaking iPhone app game at this point) in their canon doesn’t have to be good on its own accord anymore. Producers can bring out that character you like and say “here’s Wanda Maximoff.” They don’t have to substantiate her entrance or consider her presence in the film you’re watching. You just know her already, or should, so the work is done in their minds. If you don’t know her, then you’re mystified and will likely get distracted by the break-neck pacing or bombastic visual slushie most of these blockbusters exhibit. You can make a character like Wanda have a true impact even if the viewer didn’t watch her streaming television show. You just have to use the language of cinema to pull us into her predicament, nuances, and goals. It can work, as it did in some ways during the multiversal “No Way Home,” as you might’ve read in my spandex take on that film. Oh, oops. I should have prefaced that this article wouldn’t make any sense if you hadn’t read my random review from a few months back. Curse the intricacies of our “Q2Q” timeline!

I watched “WandaVision” and genuinely loved it. They told a sweet story about the four stages of grief and how we can hurt people if we aren’t aware of what stage we’re in at any given time. It also showed the damage we can sustain by getting stuck in any one step for too long with a delicacy that still surprises me. The show had sound themes, and most of all, it gave us a complex lead character in Wanda. Wanda’s complexity is boiled down in “Multiverse” to over-the-top, eye-winky sorcery that’s all posturing and bark. Her motivations were one-note, and her scenes were repetitive. In this case, Marvel’s tactic for banking on external associations backfired. My previous conceptions of this character who I loved made me dislike “Multiverse” more than I might’ve if Wanda had just been a Hela-esc villainess of the week. Who’s Hela? Wait, you didn’t see “Thor: Ragnarok?” I apologize. I just assumed. That was a little presumptuous of me, wasn’t it? 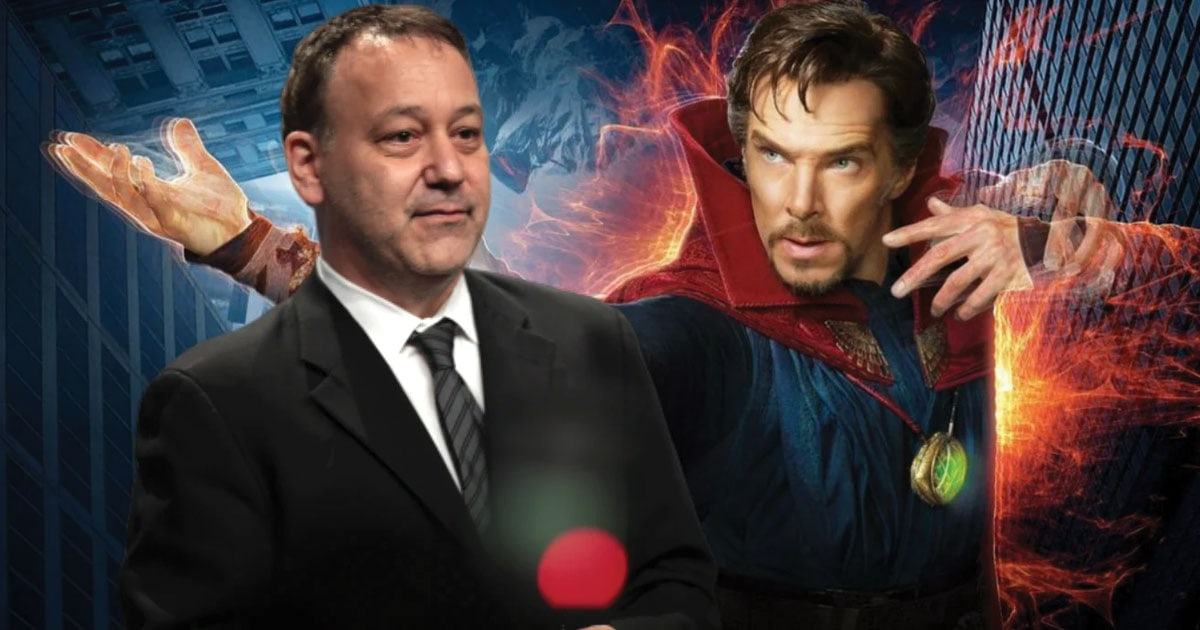 While a little money-grabby/unrealistic in approach, I don’t think this is the crime to end all crimes. I’m a Marvel movie fan. I know, END OF THE ARTICLE TWIIIIIIIIIIIIIST ALERRRRRRRRRT! I absolutely intend to at least watch “What if…” and “Loki” when schedules permit. I’m lowkey excited for both of them. I just may have to wait until I get another paycheck and have six free hours in my week. As I “adult” more and more, these intersections are becoming rarer and rarer. The status quo informs my watch choices. I will prioritize a show like the Latter-Day Saints Psychological Thriller on Hulu because I know that all I have to do to prepare is press play. Yes, I need a subscription to do so, but the experience is the sum of its parts. The dinner is the dinner. No course is left for later. I know I will feel full, even if it tastes like shit. I hope that this multiverse transcends Marvel into a new-age of individuality. Hopefully the new “Thor” is good for itself and not for the movie that’s coming after it. Hopefully the Charlize Theron mystery proves to be an intrigue worth teasing, even if it was more baffling than tantalizing upon initial execution. As a good Mormon would say, I believe. You go, Marvel Gurl!