The Importance of Being Frilly: Why Princess Peach Should Remain Fundamentally Uncool

The new “Mario” flick has the gaming community all in a buzz. Proud nerds like me have been waiting for a decent Mario movie ever since the 1993 dystopian adaptation(?) failed to satisfy. I’ve played Mario games for as long as my brain has functioned, and from the SNES on, Princess Peach has always been my choice character when available. 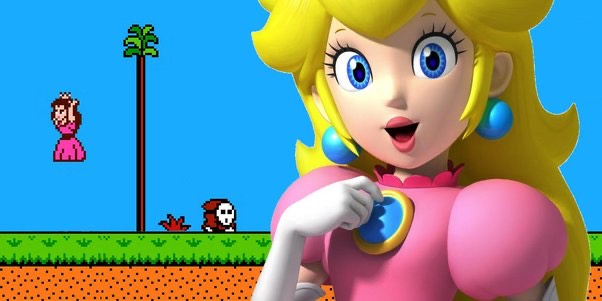 There are many reasons why I always identified with our plucky, pink priss of power. Beyond appreciating her commercially “girly” attributes, one of the main reasons I always chose Peachy was her commitment to self. There are certainly more obviously strong female characters in video games, even in among other Nintendo titles. The likes of Samus and Peach’s damsel sister, Princess Zelda, garner at least a generalized respect. People accept the former for her rejection of bombshell tropes in favor of impressive intergalactic laser power, and the latter seems widely accepted for her nuanced dedication to saving her people regardless of the sacrifice required. Both examples notably forgo expressions of any traditionally “girlish” norms in order to get things done. Samus masks her entire countenance in armor, and Princess Zelda is more often seen battling as an androgynous ninja or pirate. These characters are often, and my goal is not to diminish their impact. I merely draw the comparison because Princess Peach has never truly done anything remotely like this, and it’s partly the reason why more gamers view her as a sort of joke. Even her female counterpart, the more boisterous Princess Daisy, is widely seen as a stronger character for adopting a tomboy sense of robust energy that can match the more masculine characters. When people need an easy female character to raise up as an example of sexism or reductive roles for women in video-games, Peach is surely one of the first names mentioned. 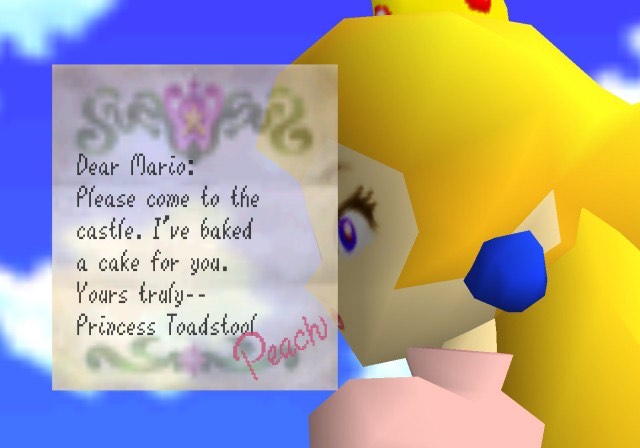 “Why do you like her? All she does is get herself kidnapped?” People ask this question with the implication that Peach should know better. Most who criticize her actually believe that she is responsible for the dire circumstances she often finds herself in. There’s this prevailing assumption that she deserves what she gets for not taking better precautions, and I don’t know that we should be judging her so harshly for the effects of someone else’s toxicity. It sometimes seems like she’s more disrespected for the circumstances of her kidnappings than the ubiquitous kidnapper himself, King K. Bowser. This bizarre victim blaming has always perplexed me, and people often use Peach as a scapegoat when discussing what is wrong with video-game writing as a whole. It’s gotten so scrutinized that there is an almost obligatory mention of how tired certain tropes are whenever games depicting her in distress are reviewed online. What critics sometimes fail to realize though is that there has been an almost meta-quality to her kidnapping for years.

The best written Mario games like the “Paper Mario” series address her consistent capturing with a sense of humor. Characters within the games themselves will often comment on how Bowser kidnaps Peach all the time, coming hairs away from making this aspect of the Mario universe a recurring point of satire. The games involve a chubby Italian from Brooklyn stomping on mushrooms with mouths in a magical land where coins appear out of question mark blocks… The cartoonish quality to everything has always been a large part of the charm, and the creators themselves have poked fun at this medieval knight/chosen hero archetype from the get go. The Mario universe is a parody of the hero’s journey, even when its stakes are treated with a sense of gravity. You’re meant to laugh at the brave savior, big baddie, and yes, even the objectified reason for completing the game, Princess Peach herself. 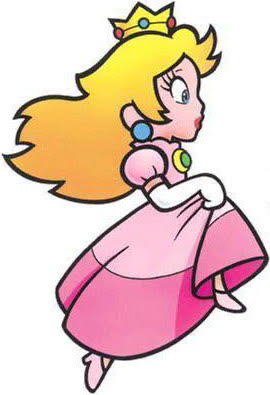 Even people who don’t know the games know that Peach is more often kidnapped by Mario’s villains than she isn’t. Yes, she is kidnapped a lot, but to say this is her only contribution to video-games is an oversight. As a queer man who has often bristled with what society generally expects of masculine identifying people, Princess Peach always offered a kind of escape when offered as a playable character. Whether the platform be for karting, playing tennis, smashing (not that kind), partying, or even adventuring, which by the way, she’s done a lot of, I loved that I could go about my business with a high-pitched voice, poofy dress, and baking skills to boot. Not only could I hold my own while embodying a definitively prissy persona, but I could win. Peach’s abilities aren’t a joke in the competitive field. In fact, there are many professional Smashers and Karters who use her for tournaments. It’s so fulfilling for Peach heads to be rewarded for acting like a pansy for a change. There aren’t many mainline games not targeted at niche audiences which offer this appeal. Mario is one of the most popular franchises ever, and Peach is a trailblazer for “wimpy kids” the world over. After all, who is more wimpy, the “wimp” or the one who needs to raise themselves up by calling someone else wimpy? 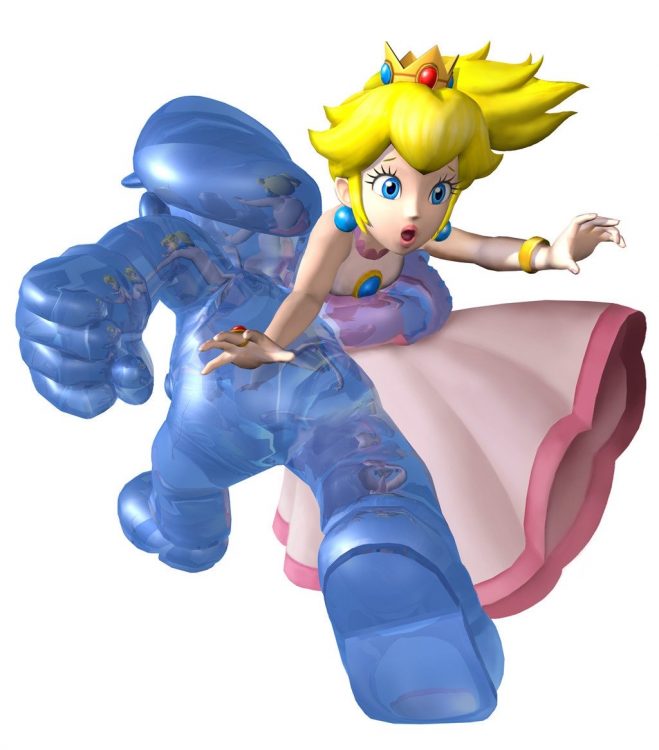 I could reflect upon any number of Mario titles that showcase Peach’s many strengths, including and especially, though not limited to, her appearances in the various RPG’s our plumber has partaken in. Let’s look at the first role-playing adventure in the Mushroom Kingdom, “Mario RPG.” Princess Peach, while a victim at first, quickly joins Mario’s brigade (and a temporarily reformed Bowser for that matter) against the evil metallic invaders from above. She is an invaluable healer and proves useful against any number of later game baddies. If you unlock her frying pan weapon, then your team is essentially unbeatable, as her attack power goes through the roof. Peach is as much a warrior as the protagonist and titular hero. Moreover, we see a different strength in her that makes her unique.

Beyond her combative assets, Peach is usually the heart of the group, keeping spirits afloat while circumstances grow dire. We see this strength of self in a brief “Smash Bros.” cutscene where she helps Sheik and Fox sort out their differences over a cup of hot tea. At the end of “Paper Mario,” it’s Peach’s cheering on of Mario that enables him to finally defeat the mighty koopa. Not everyone has the strength to support their partners in meaningful ways, and we’ve seen this ability in Peach from the very beginning. As far back as “Mario 3,” Peach was sending letters to help build up Mario during an arduous journey, attaching helpful gifts when possible. Imagine how nice it would be to get a text from her? We generally conflate strength with impressive physical feats, but think about the strongest people in your life. I bet some of the people who popped into your head lead with love among other things, because communicating love is one of the greatest strengths of all. It’s a pity we take this for granted as often as we do, and it’s a pity we don’t widely celebrate Peach’s emotional integrity, especially after you consider all she has gone through. 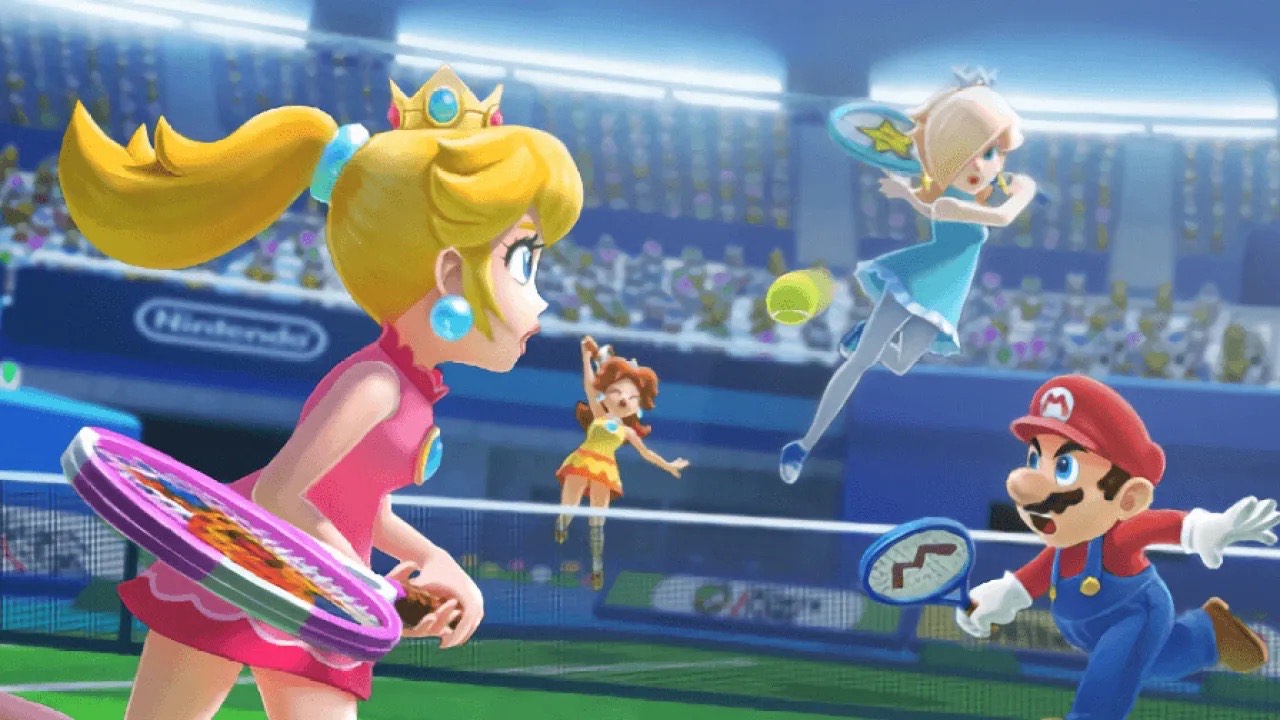 I bring all these things up to remind everyone that this “one-note plot device” as some diminish her to be, rather rudely on occasion I might add, manages to save her entire kingdom AND help her friends feel better without needing to be culturally cool at all. Now, I don’t know who is saying that Princess dresses aren’t cool… If you’ve watched “RuPaul’s Drag Race” before, then you’ll know that many a talented Queen has embodied emotional empowerment by adopting some form of a regal gown. Many performers on this popular show have the goal of expressing their own idea of femininity, and for many gaymers and beyond, Princess Peach allowed us to do the same from the comfort of our own couches. Hell, many of the Ru girls have even mentioned that Princess Peach was an inspiration for them growing up. Picking her meant that there was a safe context for femme lgbtq people to celebrate what made them different, even if they hadn’t found a safe place for exploring that in real life. Princess Peach helped me accept the parts of myself that I’d been conditioned to think needed hiding. Today I’m a caterer who often bakes and is pursuing a Master degree in mental health while offering consultant work for people in need of help with their brand or business. The depth of influence this pixelated heroine had over little Collin surprises me even now. Peach showed me how to put on my crown, bake those cakes, and raise that parasol with pride. 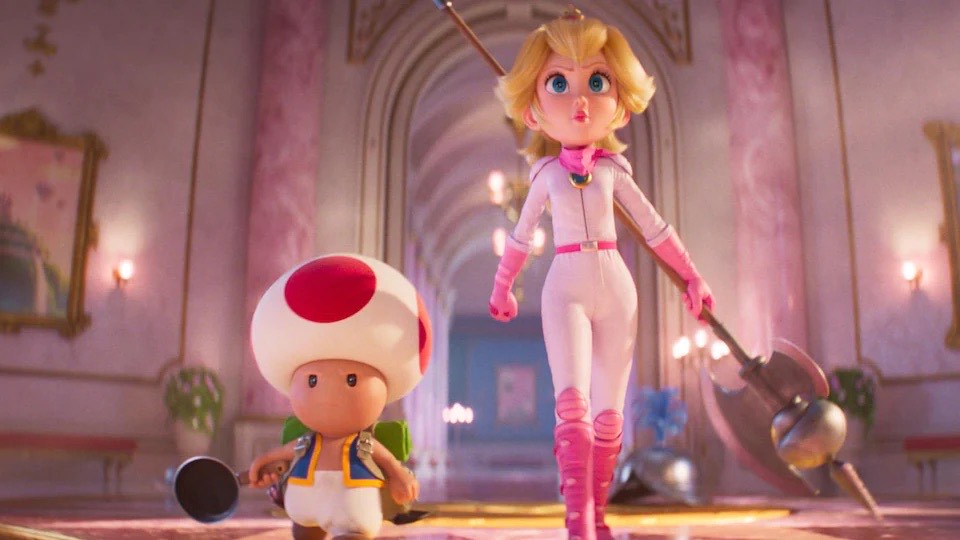 This brings me to an addressing point in my article, “the Super Mario Bros.” movie. A few days ago, just before I started writing, my partner and I watched the latest trailer. It featured Princess Peach twirling a large halberd like she meant business. There’s nothing wrong with empowering Peach. She’s been empowered for years in my mind. There was no weakness of character that needed addressing, but I get it. She’s been a victim a lot, so what do you, the writer of the new Mario movie, do? There are many potential paths they could be taking to create a worthwhile portrayal, and I wonder what this moment means about their execution of the character. I mean, it isn’t a red flag or anything. Peach just rocked a rocket launcher of sorts in her latest shooting game (yep), a sequel to “Mario + Rabbids,” where she and her friends team up with some warring rabbit aliens. I just wonder if the writers thought she had to lose the pink dress and her usual arsenal to be treated like a “boss.” I mean, look at the frickin’ box art for the game I just mentioned. What form does her latest gun take? You guessed it… a GD parasol!  What is she wearing? I think you know. 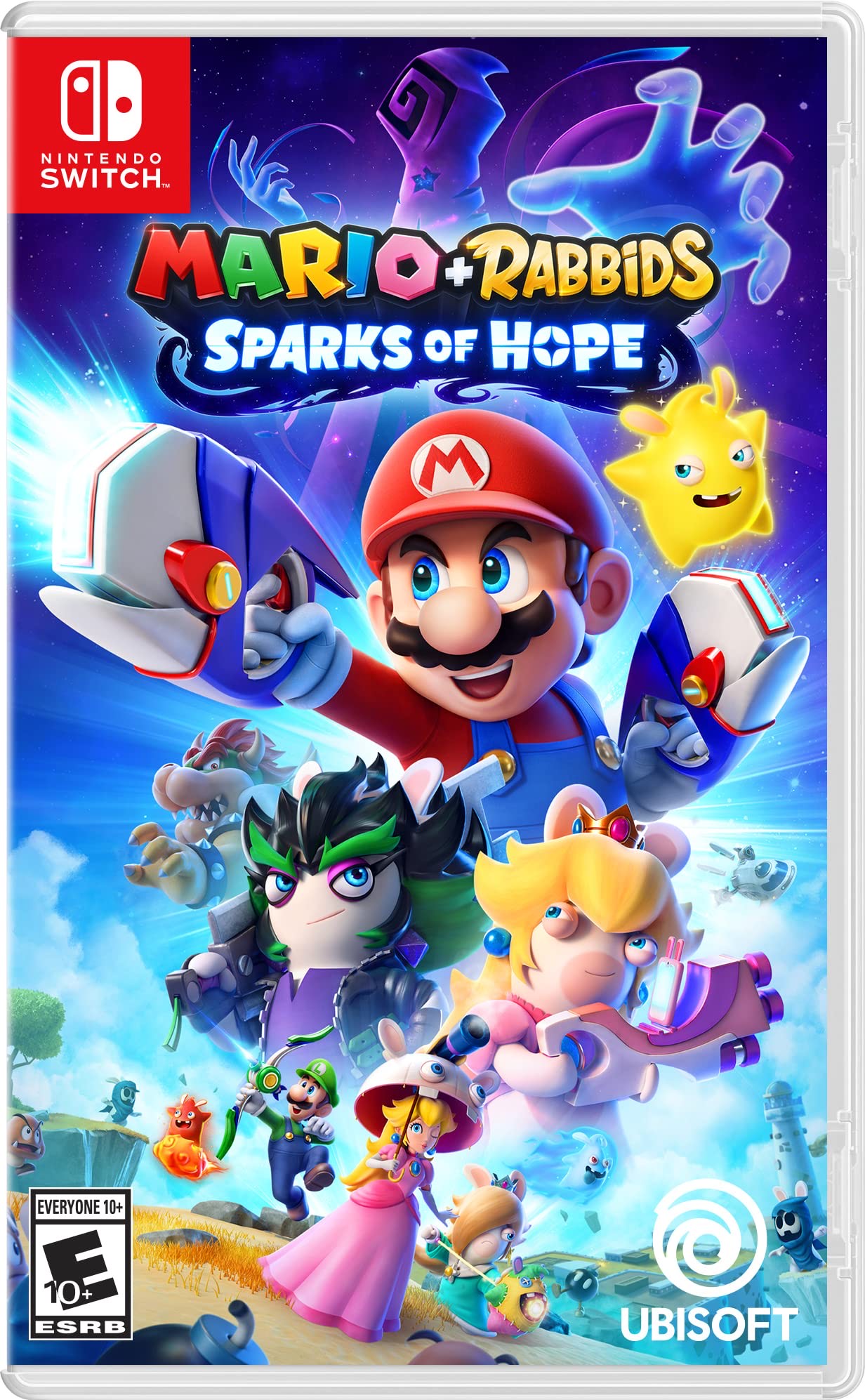 Peach has worn something nearly identical to what she is wearing in the aforementioned trailer scene for her biking outfit in “Mario Kart.” Peach has spotted a host of more athletic outfits for her various appearances in the Mario sports games. I can’t remember battle axes being used by our heroes in the Mario gaming universe, but I’m sure we could find some. This is less of a criticism of that moment in the trailer and more of an expression of hope. What they do with Peach could very well work, and I suppose I just really want it to. This much should be obvious by now I suppose. She is a vitally important character to me, and I don’t think her essence needs to be changed in order to make this interpretation special. I am hoping that when I sit down to see what she goes through on the big screen that I’m happy to see her grow stronger. Watching her rise to the challenge and exceed expectations of her like in the aforementioned “Mario RPG” or “Super Princess Peach” made me feel like I could make a difference even though I wasn’t as tough on the surface as some of my other more heteronormative peers. Peach taught the gaming community that weakness wasn’t synonymous with whimsy, and it’s my deep wish that the movie reminds us of this too. There is a place for lance-wielding maidens who kick butt with the boys, and there is a place for those who wish to do so in high-heels. Peach deserves to be who she is, as do we all, and I hope this movie version helps other femme-presenting people be who they are, brooches and all.