“Dr. Kim Hunter and the Apparition” is an Entertaining Vehicle for Dallas performer Chaselyn Wade 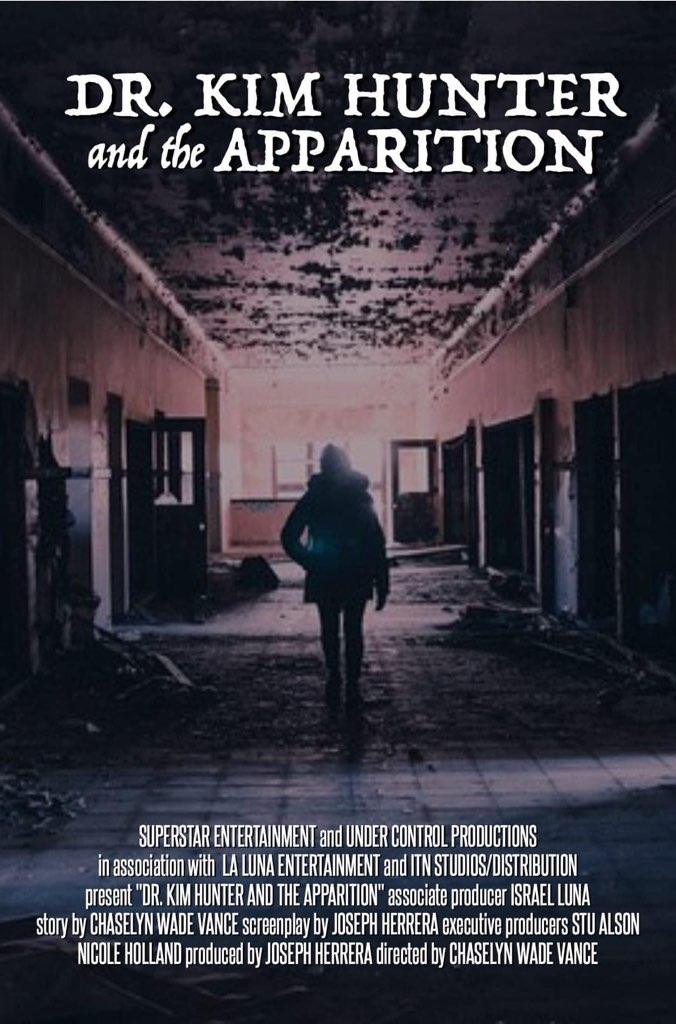 If you’re a nineties kid like me, then you likely grew up with campy spook-fests like “Tales from the
Crypt,” “Are you Afraid of the Dark,” and “Goosebumps.” The effects were often dated, the stories were
often cheesy, and the performances were often over the top. These aren’t negative criticisms. Part of
what gave these shows their charm was the quaint, “Spirit Halloween, neighborhood haunted house”
vibe. If any were remade today with flashier effects, grittier themes, or more even-keeled portrayals, it
wouldn’t be worse, but it wouldn’t capture me in the same way. 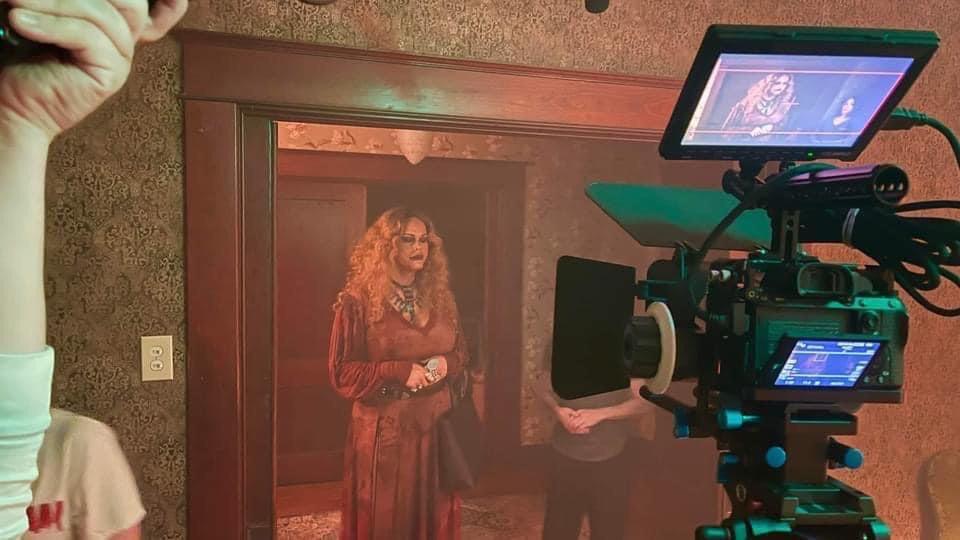 “Dr. Kim Hunter and the Apparition” calls back to the good old days of glowing yellow eyes and
cutaways when characters get brutally stabbed. The movie centers on a famous ghost hunter with a
dark past, and we get to know her “Scooby Doo” team while they connect the dots of a spectral
mystery. There’s a wholesome quality to the choices made by director, story writer, and lead actress
Chaselyn Wade that endeared me to her celebrity ghost communicator with a heart of gold. This isn’t a
horror flick that shows up for gore, and it doesn’t seem concerned with making its audience wince from
disgust. Instead, Chaselyn chooses to let your mind invent the horrific acts her camera hides from you.
This calls upon classic suspense masters like, you guessed it, Alfred Hitchcock. There’s even a very
“Psycho” esc wide shot from the top of some stairs that uses distance to enhance the effect of a few
fatal stabbing. While the camerawork clearly shot for efficiency on occasions, I enjoyed how many things
were framed or edited to echo a documentary. There’s something about ghost stories embracing a more
static camera that makes them even eerier. 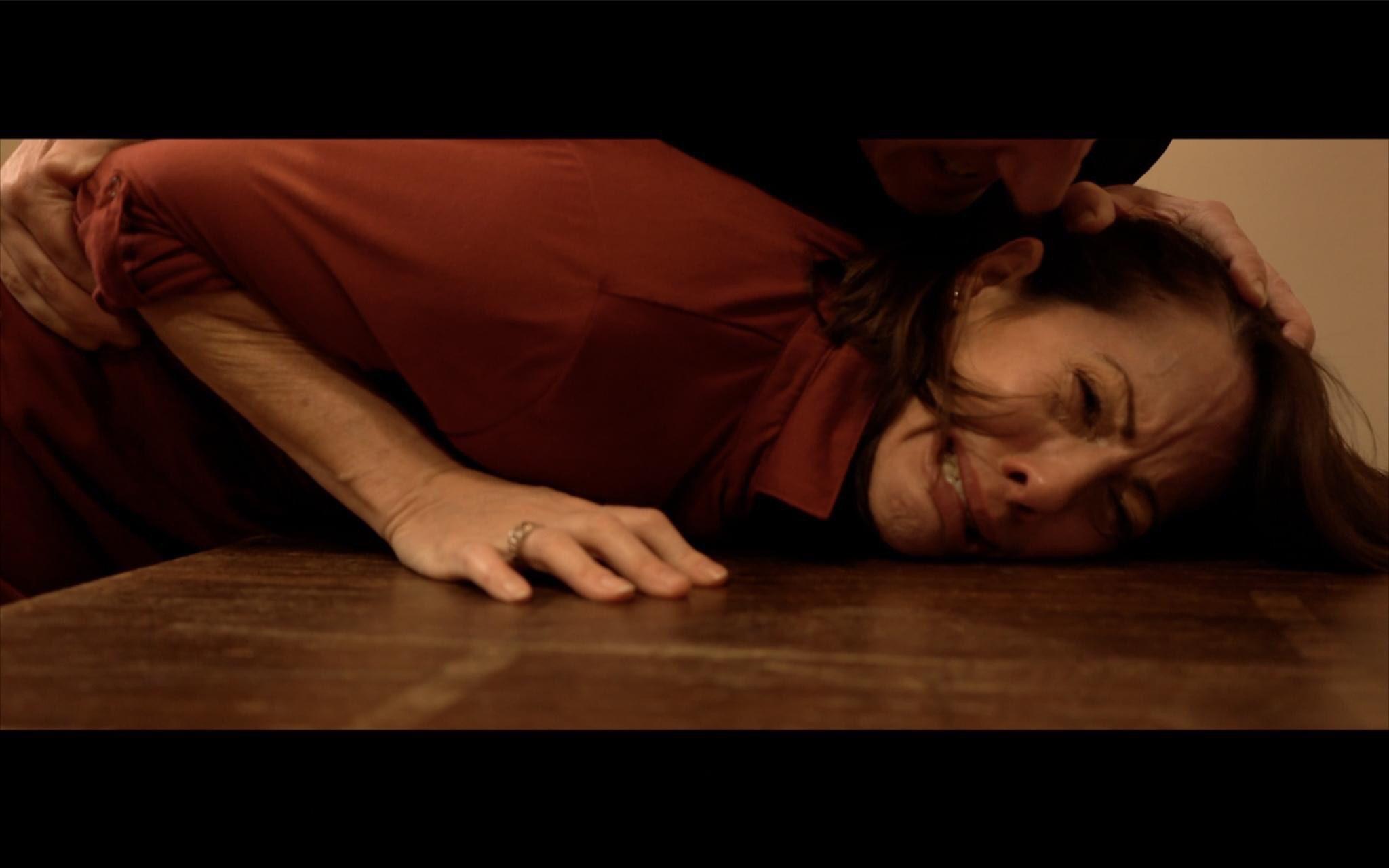 Talking of “Psycho,” I’d like to take a moment to embrace the score of this picture. While the dialogue
could’ve sounded crisper with a bigger budget audio setup, the music used to build suspense caught me
off guard. Soundtracks often let me down in independent horror movies, because it’s such a critical
element to my investment. “Hunter” exercises (no pun intended) great restraint by not over articulating
the big money chords. Oftentimes, you’ll see a menacing figure standing behind a few unsuspecting
individuals, and the obvious BOOM effect won’t come immediately, even though digesting so much
modern horror may have made your brain THINK it’s coming. I appreciated that the music didn’t serve
to warn your ears about something that your eyes already registered as a threat. What you get instead,
is a score that acts almost like the audience, and instead of telling you what’s there, it commentates on
it.

I can’t seem to check out of the Bates Motel. Like in “Psycho,” this film has a statement to make about
gender expression. Unlike “Psycho,” gender expression isn’t demonized or used for scares. The heart of
the film, which should come to no surprise, is Chaselyn herself. Not only is her trans identity a center of
positivity for the story, but the script refrains from highlighting this element in an overtly heavy way.
Doing so would’ve reduced her to being nothing but her trans identity, and it was invigorating to not feel
that proverbial finger come around the corner and poke at her like a fish in an aquarium. I found
Chaselyn’s performance as Dr. Kim grounded and layered. When she experiences visions of the after life,
she never dips into “That’s So Raven,” as that choice would’ve disrupted the tone of the picture. Instead,
we see her clairvoyance occur like something might for somebody battling a disorder. Sometimes, it’s a
calm experience, and nothing much seems to be disrupting her. Other times, her visions seem to come
about like a crippling headache that would rival even Rita Repulsa’s. 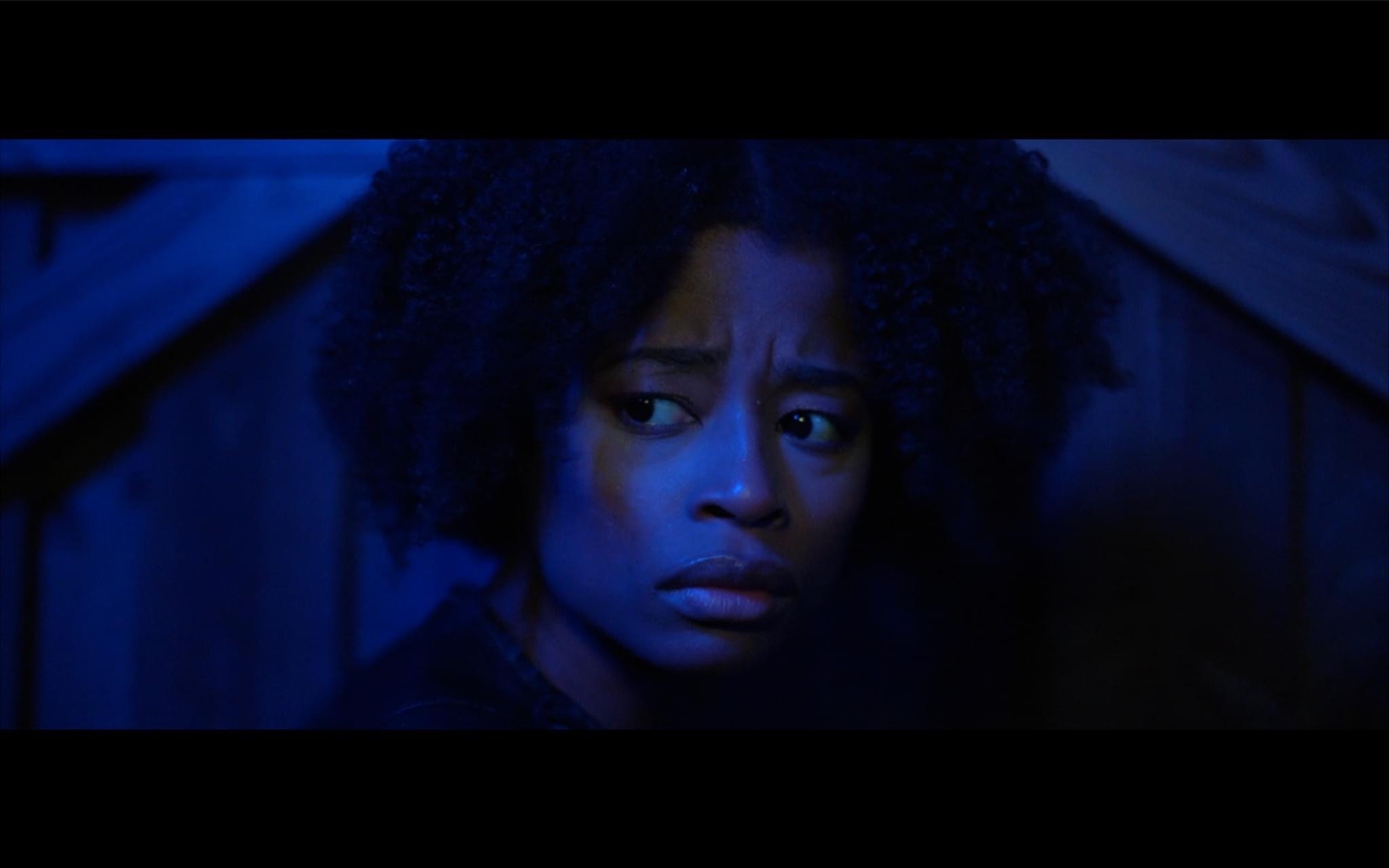 I would not prescribe “Dr. Kim Hunter” to a person looking for a rapidly edited jump-scare romp. I don’t
think booking an appointment for people preferring sleek, experimental horror would be a wise notion
either. This film is for those who appreciate the goofy, the grimy, and the gay. There’s a subculture of
low-budget horror fans who want to watch something a little rough around the edges. That’s why “Dr.
Kim” gets a “go see her if you’re her kind of patient” from me. What I mean is, this film won’t be for
everyone, but it wasn’t trying to be. You don’t go see a neurologist for a broken arm. Asking this film to
do something it wasn’t designed to do would likely leave you disappointed. That said, if you want a
classic friends versus ghosts thriller with a homemade quality charm, then move over Zak Bagans, cuz
you may just replace him with a fresh favorite medium. Rare!