Sonic is in the Movies and what that means for Us! 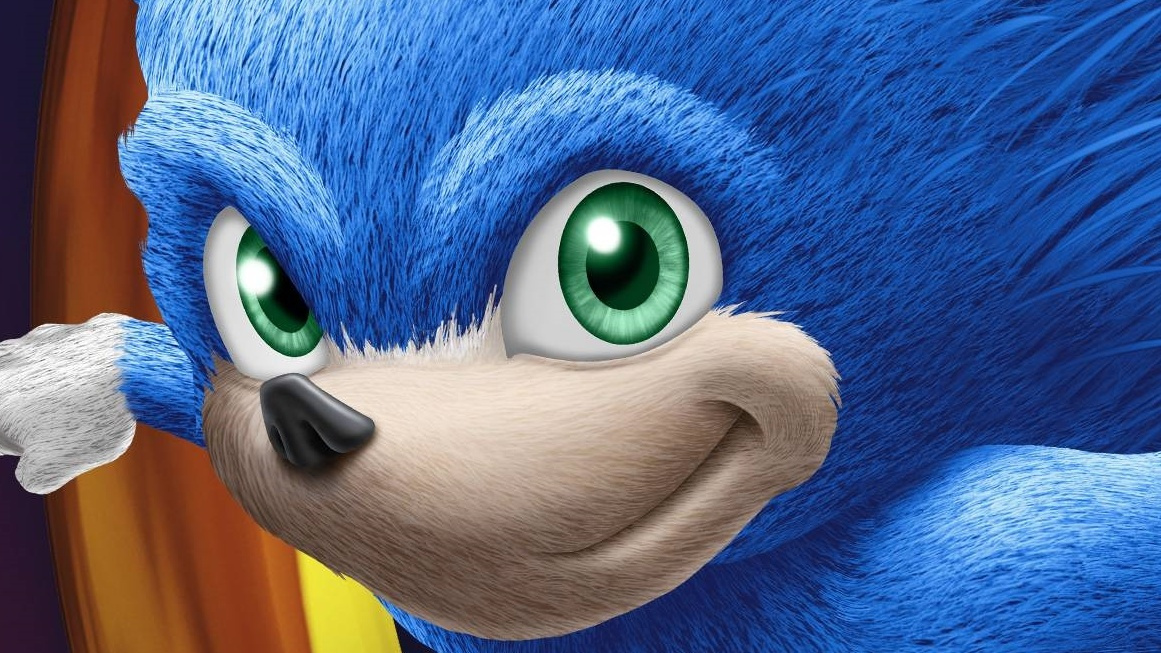 “Sonic 2?” That Sega game where the fox runs after the hedgehog who’s trying to stop the egg-shaped evil genius putting tiny rabbits and squirrels into glowing hamster balls inside robots? Nope. “Sonic 2” doesn’t just pertain to the platformer released when I was still learning to walk. Now, “Sonic 2” is the “part two” of a multi-million dollar movie franchise with an initial outing that was one of the highest-grossing films of the corresponding release year. I’m not here to say that movies based on electronic devices largely marketed towards children are ruining movies. I am not even here to say that the first “Sonic” was more of a dumpster fire than a blue blur. I’m here to speculate about the future, and see what “Sonic 2” might represent about what our general audience can expect from upcoming, modern blockbusters.

My partner and I are doing a rewatch of “The Lord of the Rings” franchise. You can’t tell me that what Andy Serkis did with Gollum wasn’t exquisite art in motion. Clearly, saying that it is impossible to be moved by a computer-generated character is not a sound argument. No, referencing the gold standard on a subject doesn’t present a reliable “big picture,” but there are many Gollum-adjacent characters who melt the heart. Caesar the ape (Serkis again), Marvel’s Rocket and Thanos, Roger Rabbit (an oldie by greatie), Smaug (Middle-Earth again), and many others are pure movie magic. Rather than rebuttal with the Jar-Jar Binks of it all, let’s just acknowledge that some of the most profitable movies are represented by people or creatures that someone made from a desk chair.

Sonic (after a thorough bashing from fans) looks great! He’s loveable, furry, and while I couldn’t say he has realistic physics, he fits into the live-action world around him. You couldn’t have made Sonic like this in the nineties, because animatronics or puppets or even graphics for that matter wouldn’t have been able to keep up with his necessary speed. I mean, it is kind of his whole thing… So when done well, this presents filmmakers with access to a wider-range of subjects and visuals to pair with live-action sets and actors. For better or worse, expect more of our leading men to be played by “Good Graphics.” See you soon, Star Fox.

I don’t think this is inherently a problem. It’s like anything, there’s a limit, and our brains very clearly tell us when the producers have gone too far. Sonic benefits by being cartoonish by conception. He’s designed to draw the eye of young kids, and going too realistic (i.e. his original animation) will ruin any appeal. He’s not a realistic character, so judging him as you would judge Gollum doesn’t seem entirely helpful to the cause of deciding when cgi works or doesn’t work. I can say it is here to stay, and I hope that we strive for restraint and dignity when trying to bring more fantastical worlds to life. 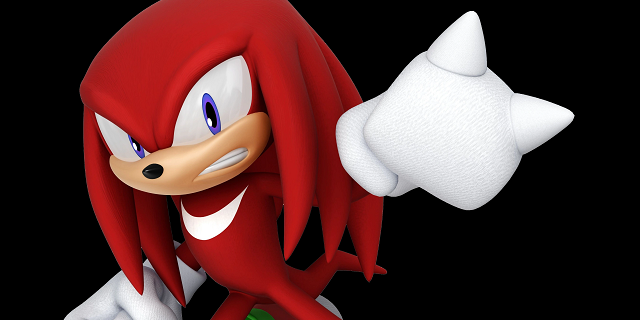 I think it’s universally agreed upon that if you wanted “Sonic” to be a family film that’s easy on the eyes (and brain), the fans were right to “correct” his early uncanny appearance. That hedgehog would be better cast in a horror film meant to compose themes about how we are living in a world of false visuals that are actually driving us towards our demise. Hey, that actually sounds like a more interesting movie…

Anyway, I casually mentioned that the fans “corrected” Sonic’s looks. A few years ago, thinking that you as a fan base had enough power to steer the minds of Hollywood’s top executives was folly. But times change, and with social media rising in power above even the most popular of production companies, it’s the general public that decides what gets put on the big screen now more than ever. Sure, directors have from time to time made things “for the fans” in the past. Of course, movie-makers are often people-pleasers who want to get your butt into a seat however possible. But why are post-credit sequences featuring characters who fans recognize a predetermined aspect of most comic-book movies? THEY. ARE. WATCHING.

Take the inclusion of Knuckles in this sequel. Now, I’m not opposed to this. I haven’t seen the movie, and it makes a lot of logical sense to throw our favorite, terrifyingly endowed treasure hunter into the fray. It was Sonic, then Sonic and Tails, and then Sonic, Tails, and Knuckles. Tails hasn’t gotten his due yet, but sure, Knuckles fits sequentially. But themes that are potentially, organically in this movie notwithstanding, he is truthfully there because people KNOW Knuckles. The trailers are proof of this. His reveal is built to with tension and it’s the climax of the whole teaser. But why? Would it be as big of a deal if it WASN’T a character who’s been in the gaming world for years? No. He is not a perfectly rendered dinosaur put on screen for the first time in 1993. Knuckles would not be awe-inspiring if he wasn’t highly anticipated outside of the universe the first film setup. It’s possible for filmmakers to anticipate all those established nouns the people want to see and put them in stories that serve their elements beyond squarely getting a viewer to think “I know that!” But if Knuckles doesn’t stand out in this movie to those who didn’t already know him going in, then the filmmakers didn’t do their job. A movie should stand on its own, no matter how successful the IP it was based on is. that

There is nothing we can do about it. There will be less original characters in mainstream movies for some time. I just hope that the people who adapt these ubiquitous characters, spikey-haired or not, have something interesting to share about them. 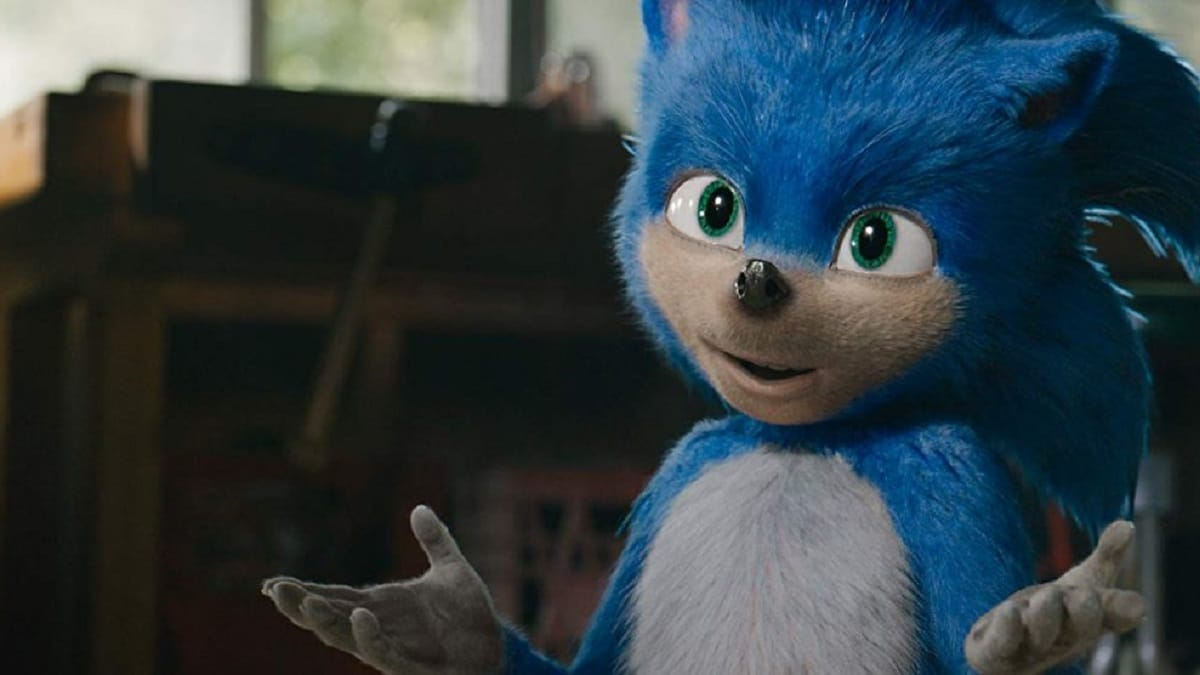 “Sonic 2” won’t be the death of movies, as much as those who pride themselves on being cinephiles might assert that they had to refrain from throwing up post-viewing. “Sonic 2” will not represent much. It’s a passing fancy and will likely, in an ironically sound way, pass by us rather quickly. That’s the trouble with recycling IP’s and promoting new stories with “reveal baiting” tactics like pimping out Knuckles’ meaty fists for the masses. If we get what we expect, then there’s no suspense. It’s like a birthday where you only receive what you put on your “list.” Sure, your expectations might be met, but the wrapping paper is obsolete at that point. The joy in unwrapping is gone, and that’s, for some, the best part of gift-receiving. The same friend I am going to see “Sonic 2” with for his birthday asked me to get him a Sonic gift card. That’s cute, but no. I told him I would make the effort to find something that I could actually put in a bag that he wouldn’t expect. I’m not about to go on a J.J. Abrams rant about the mystery you-know-what… But I’m just gonna say it, this “Sonic 2” better try to give me something I don’t think I’m going to get.

The way this movie can win me over isn’t by then teasing Amy or Shadow (more characters from the games). That s-star-star-star does not matter. Surprise me by how Sonic and Knuckles relate. Am I going to be caught off-guard by where the movie goes with their friendship? Give me some genuine unpredictability from Robotnik: the evil, egg-shaped scientist with a stache for days. I’ve seen him fail at many ingenious schemes with a controller in my hand, so his inclusion can’t just be for more mechanical hijinx. That may work in a series of games, where new gameplay elements or enemies can most assuredly be enough to substantiate a new outing. Will we learn about his motivations?

The secret sauce to getting an audience in next time isn’t by putting Rouge the Bat (yet another character from the games) in a scene where she says something vague about what she’s about to investigate after the credits roll. The secret sauce is in the heart of every storyteller, and you can achieve it with any amount of noteworthy characters or none at all. Make the context matter, and take us for a ride that we will remember. Chili dogs on me, Ben Schwartz! I know your little, HUMONGOUS blue adventure has potential!