“Spiderman: No Way Home” – A Review by Collin Miller 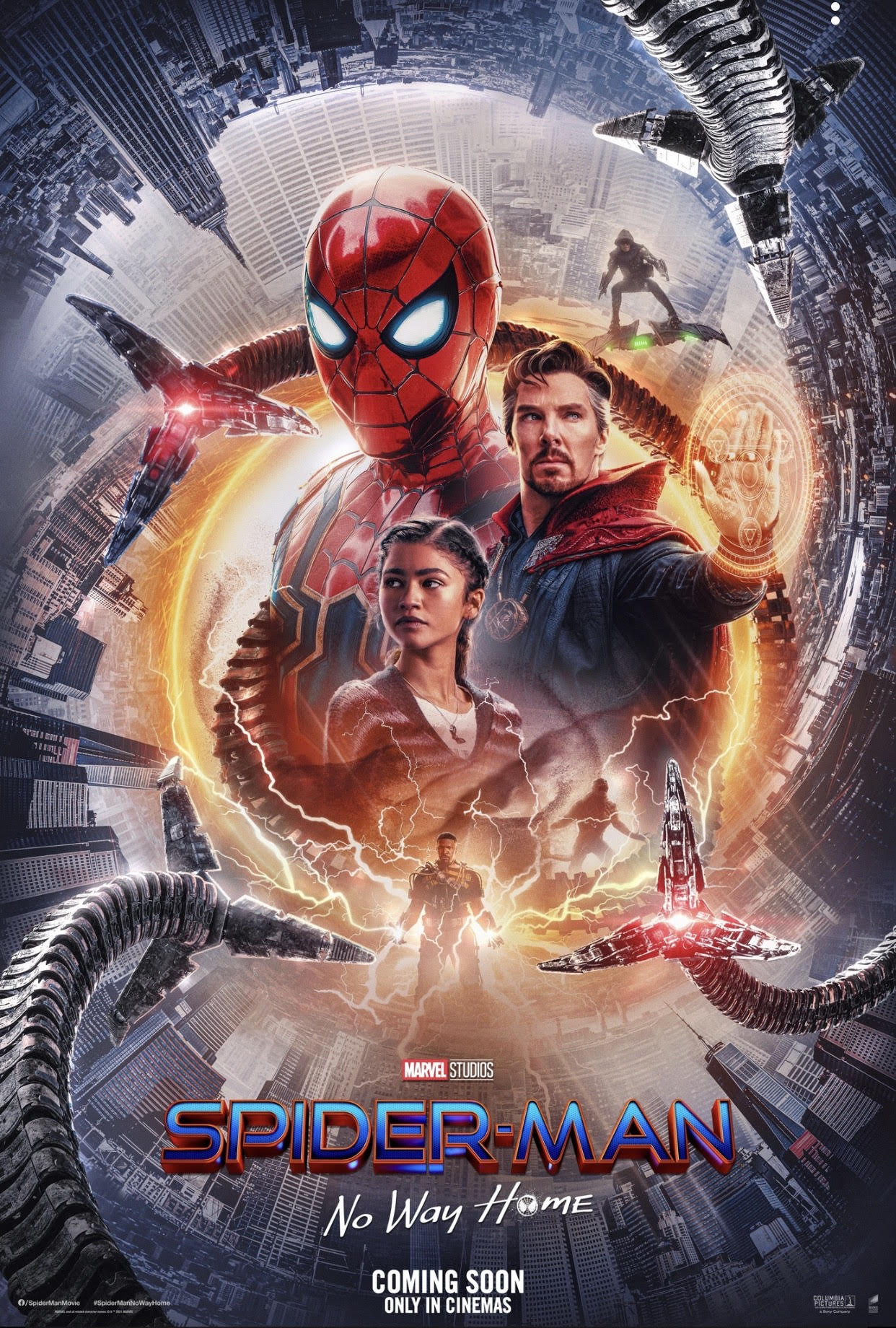 Movie MonGay on a SaturGay #15- “Spider-Man: No Way Home” by Jon Watts.

Rating out of five

Every now and then, a movie comes along that is an event. These “event movies” are texted to us by our friends, gossiped about in our workday hallways, and brought up by the people who check us out in line. They often say “have you seen (blank) yet?” I can’t remember a movie in the last few years that I could even begin to qualify in this way. I didn’t really want it to be a franchise superhero movie, but alas, here we are. This movie has single-mechanical-handedly

reminded the world that blockbusters are meant to be shared in an audience (safely) in front of a big screen. It’s the most positive experience I’ve had in a theatre since the beginning of fucking COVID, and I was transformed into a child while I experienced the spectacle as a booster vaxed and masked movie lover. I could see other grown ass people having similar responses. I laughed, cried, and applauded with complete strangers. Remember when movies said they were the biggest thing ever and then actually were? Finally, another one spoke the truth. THIS is the biggest movie of 2021, and it earned its place in my heart as the best Marvel movie to date right alongside “Infinity War” and “Endgame.”
Enough of that… the rest of this review will be spoiler heavy. And also, don’t look in the comment section if you don’t want to have anything spoiled. The less you know about this film going in, the better.
YOUR SPIDER SENSES SHOULD BE TINGLING! SPOILERS BELOW!

BUT FIRST… let’s talk about “Ghostbusters: Afterlife.” It’s not a shameful or uninspired film. I do find it more than a little soulless though. The Spielbergian style of generating awe just didn’t work on me because the awe was coming from characters that shouldn’t really be in awe. In other words, the spectacles (spectrecles?

), and in a greater sense, the callbacks to earlier cinematic entries, weren’t justified for any other reasons than “the audience will love this because they get the reference” or “the audience will love this because they’re nostalgic for this piece of “Ghostbusters” pop culture.” The proton packs are important to us, sure, but that shouldn’t be a plot point. If the proton pack is going to be framed as important, then it needs to be important for the characters involving them. I guess they do this to some degree, but the props were using the actors and not the other way around. Moreover, without spoiling anything… a few key characters do a few key things and I felt like I was being told I should feel a certain way. No matter how badly they wanted my pathos, they did not receive them. I wish I hadn’t seen those characters at all, and I wish more time had been devoted to seasoning the fresh elements on the screen.
And now, finally…
“Jurassic Park.”
Just kidding!
“Spider-Man: No Way Home,” the spoiler review:
Tom Holland’s turns as our friendly neighborhood ballerina with an ass that won’t quit have been among my most favorite MCU adventures. “Into the Spider-Verse” was near animated perfection. Kid Collin loved the Sam Raimi “Spider-Man” movies (especially one and, even more so, two). Those DVD’s were on RE to the PEAT in our household, honey. “Spider-Man” the animated series, while not as good as the “Batman” equivalent, was a regular watch for me on the weekends. I’ve since read many of the comics, and while I prefer reading “Venom,” “Spider-Man” is one of my favorite Marvel characters. The web slinger means a lot to me. Like, a lot… like A LOT a lot. I mean I’ve shot my webs to him since I’ve been a shooter. DM me your fan fics and kinky NSFW erotic artwork…
BUTT

), but I don’t feel the need. Just know that everyone gets their time to shine and contributes to the flawless-ness of the entire masterpiece as they were meant to. There are no unearned or shallow cameos. People appear because they serve the narrative. It’s just really good, guys and dolls. There’s so much more I could mention, but I feel like I’ve said what I needed to say.